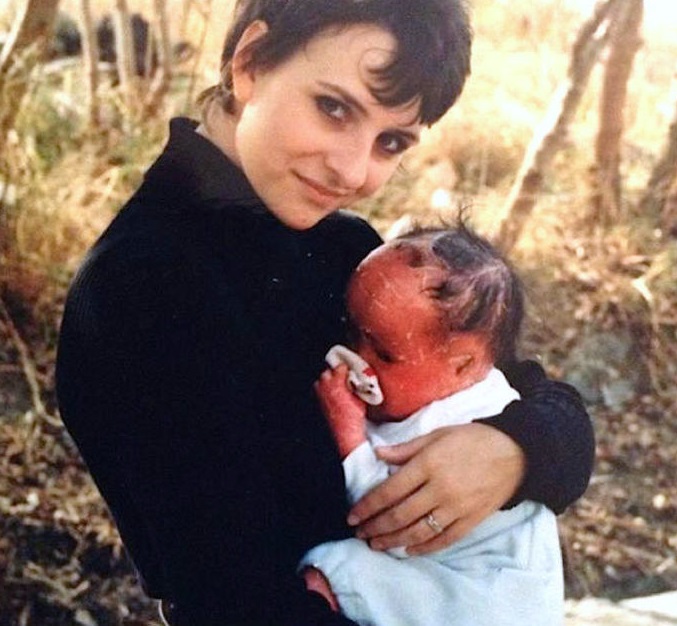 One of the favorite types of stories to hear about are the ones when someone overcomes odds. This is the case with Mui, a baby born with a skin condition who was abandoned by her birth mother because she didn't look like her other children.

When checked by doctors, they believed that she did not have very long to live. However, she quickly outlived their expectations. She has gained the interest of many and has gone on to inspire tons of people around the world with the story.

One thing that helped her along was a couple, Rog and Tina, who fell immediately in love with her as a child, and acknowledged the struggle of her bright red skin tone.

When they had the baby checked out and found that her chances at life were slim, they still wanted to stay close to the child. One thing they didn't want was for her to face her destiny all by herself. They wanted her to know that she wasn't alone.

They wanted to accompany her on her journey no matter where it led her. One fear that it gave them was the idea that their adopted daughter could die at any point in time. However, this possibility is something that they had considered to be worth it. 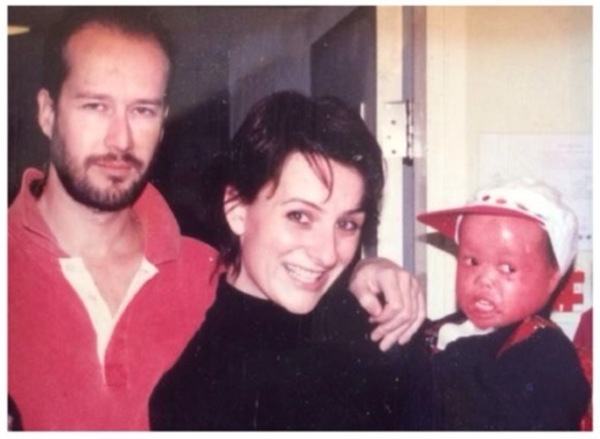 In 2002, Mui was been diagnosed with a rare condition called Harlequin ichthyosis. With this condition, the skin grows 14 times faster than usual. This effect results in constantly irritated skin which feels very uncomfortable, and is blood red in color.

She is also extremely vulnerable to infection. It is almost impossible to bear this disease. Also, it is very rare for someone with this skin condition to actually live to adulthood. In most cases, children afflicted with this condition simply don't survive.

One saving grace pertaining to this disease is that it has brought Mui a lot of mental strength and fortitude for each and every day that she has managed to survive with the condition. One good thing that has helped her is the support she has received. 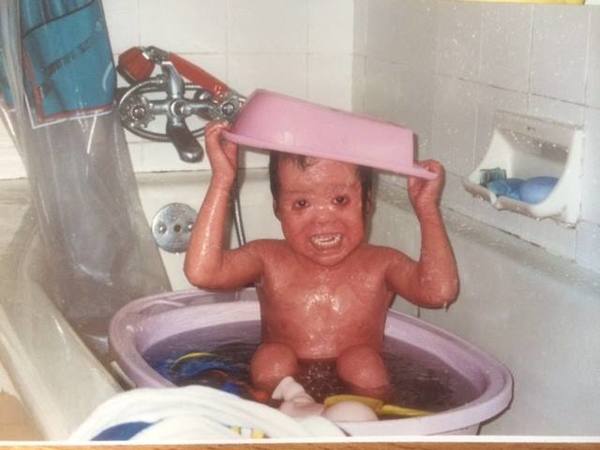 Her parents have given Mui the fantastic, rare gift of a happy and fulfilled childhood. They've given her so much support and love that Mui did not think that she looked different from others for the longest period of time. It was a boost of confidence.

However, going to school changed things for her because a lot of students had not seen anyone like her. When she had gone to school, she was faced with bullying.

One of the worst things about the bullying was that it didn't stop when school was out. The bullying continued online. Mui could not really get away from the bullying.

As of right now, this skin condition still has no cure. However, there are effective treatments that need to be applied every day. The only problem was that Mui desired so greatly to be normal that she chose to go without the medication. 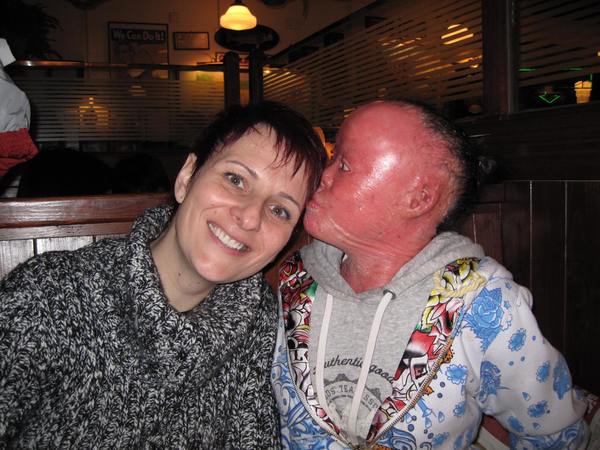 However, ignoring medication did nothing to improve her skin condition and the bullying continued to worsen. At one point, she had even contemplated suicide.

Fortunately, she did not follow through. However, she did drop out of high school and did not receive her diploma. One thing that she had noticed was that her school was more enabling than encouraging for her. She did not get the push that other kids got. Instead, she was allowed tons of excuses and leeway she didn't ask for.

Dropping out of high school did not mean that she had to live a less-than-productive life for the rest of her days. Mui managed to get a decent job where she works with special needs people. This is a fitting position because of how she had grown up.

The glorious news is how she has managed to live happily, despite her health needs. While it is common for people to use their issues as a crutch, or as excuses for their failure, Mui learned to use her skin condition as both motivation and inspiration. 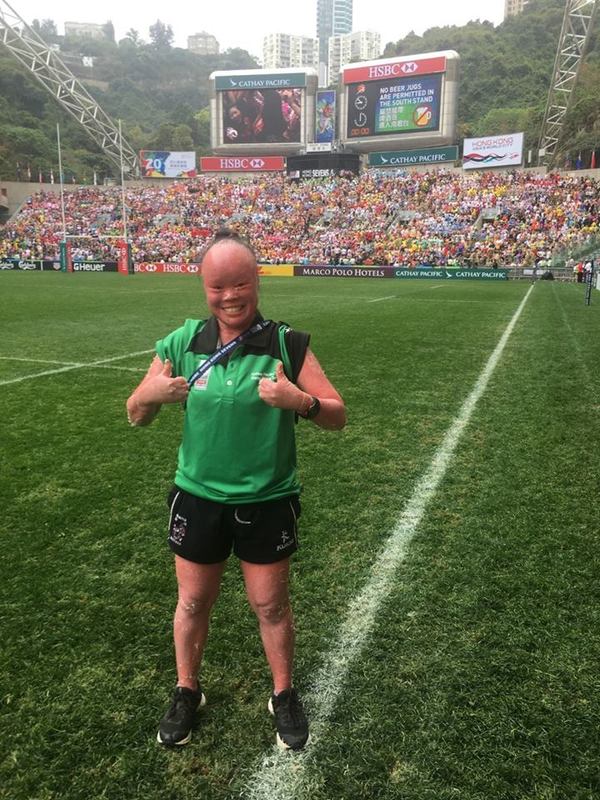 To go along with her job, she has taken the time to train herself so that she could be a rugby referee. This is an admirable move for Mui. It showed the world that she is passionate about life, and about being there for others who are in need like her.

One good thing is that she has not only managed to get the job as a referee, she has also made history as being the first person in the world with Harlequin itchyosis to become a referee. At only 22 years old, she had achieved a lot and made history.

This is only the beginning of her lifetime achievements. One of the most recent accomplishments for Mui was that she became an ambassador for her condition.

As an ambassador, she travels throughout the world to talk about the condition. She tells all aspects of her story so that all people will not only understand the condition but also understand what it is like to be different and to face hostility because of it.

Now, at age 23, she has achieved a lot of meaningful milestones with her rare skin condition. For one thing, she continues to amaze her physicians with her resilience.

She is also willing to let more people know about this condition so that they will be motivated to put effort towards the discovery of a cure so that children can survive.

However, the best thing she has gotten was the love and support from her family. 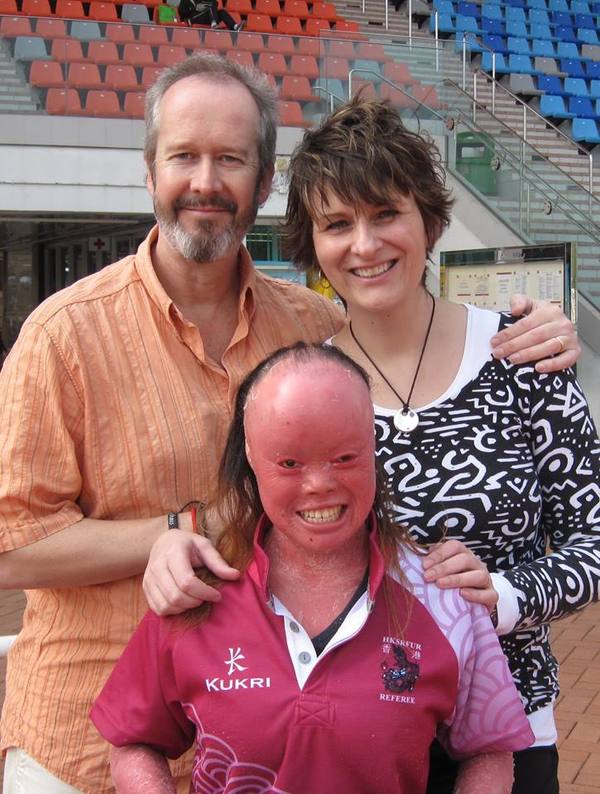 Mui's family is very proud of her. They are very glad that they were the ones to take her in and raise her right. They have not only taught her a lot but learned from her.

While they have long been faced with the concern that their daughter could die at any moment, they have also learned to enjoy all of their moments with her. With all that she has achieved, Mui is only just getting started. The sky's the limit for her life.

It is expected that she is going to leave a huge impact on the world in a multitude of ways, from sports to inspiring the masses. Mui's story is that of someone who has overcome overwhelming odds from the beginning of her life through to this day.