Get The Most Out Of Your Tea... By Microwaving It?

Research Shows That Microwaving Your Tea Maintains Its Nutrients 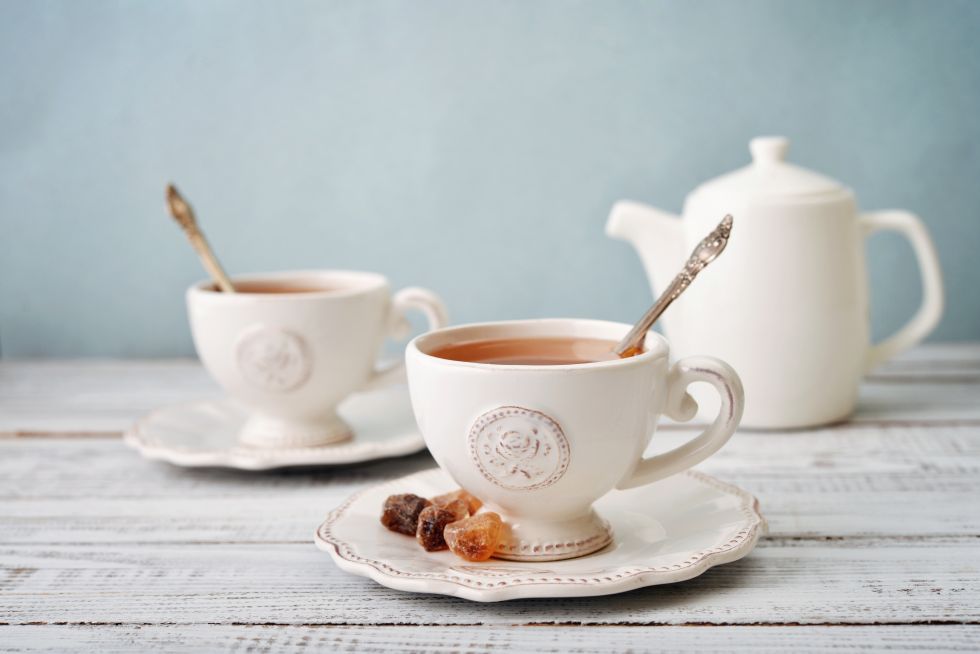 Could Microwaving Be The Best Way To Prepare Tea?

There are probably a dozen ways to make tea, and twice as many debates about the best method. Devoted tea-drinkers may be either delighted, or enraged, to learn this newest revelation: Research has now confirmed that zapping your tea in
the microwave is the best method. We were as shocked as you are to hear it.

By microwaving your tea, you stand a chance of getting up to 80% of catechins from the tea and caffeine levels of about 92%. You get high levels of the tea byproducts, which is just about the main reason for having tea, anyway. It just works the best.

If this is your first time trying microwaved tea, check out these tips below to make sure you’re getting all you can out of it. Not only is it delicious, it's easy to utilize!

● First, put your tea bag in an empty cup and pour water over it.

● Next, heat it in the microwave for about a minute, or until hot.

● The final step involves dunking the tea bag up and down the cup around ten
times then squeezing it out and disposing of it. Your tea is now ready to drink!

As you may have noticed, the process is not complicated and is very quick to do. Within a minute, you have your tea and are good to go. You no longer have an excuse for not having tea in the morning before heading to work! So enjoy!

What Are The Health Benefits of Tea?

As aforementioned, tea contains catechins and caffeine, and you stand a better chance of getting these minerals from your tea if you microwave it. Below are their health benefits:

This complex group of chemical compounds is available in most types of foods. With them come many health benefits. For instance, they may actually improve your cardiovascular health (though not verified yet).

Caffeine comes with many health benefits. For instance, it helps your body fight fatigue and serves to boost your mental capacity. After a long workday, tea prepared in a microwave might just be what you need.

What do people think about microwaving tea?

Though we have seen that microwaving tea is the best method, some people are still opposed to it. Some of them have gone to social media to express their anger and opinions. For instance, a Twitter account user said that David Tennant should be convicted for misuse of a microwave. This is after Tennant used a microwave to prepare his tea.

Another user described microwaving as a crime against tea. He said, “Microwaved tea? We say no! Cherish your cup”. This clearly shows what some people stand for. They would rather stick with their traditional kettles than dare to turn to a microwave.

It all started when “Broadchurch” star David Tennant appeared to be microwaving his tea in a viral photo. This sparked outrage from thousands of people, and many of them immediately took to social media to condemn him for it.

From how things look like, it is Quan Vuong who is a researcher at university of Newcastle, which is based in Australia, who had the idea of microwaving tea in the first place. In the year 2012, he did a research on what microwaving did to tea and its compounds and came to a conclusion that the method of preparing tea was the best as it extracted more nutrients from the beverage like no other. In that case, the displaying of the character in the TV show microwaving tea was simply an idea that was already there only that it sparked it back to light again.

Why should people embrace microwaving of tea?

There are no known side effects of microwaving tea. If anything, the method only serves to bring out more nutrients from the beverage. In addition to that, using a microwave is fast therefore is time saving and in the end it is effort saving. This is contrast to using other forms of making tea such as using the traditional kettles. As each day passes, technology grows and people need not to be stuck in the past. New ideas (if good) are always welcome.

In addition to that, as aforementioned, microwaving of tea was originally Vuong’s idea. He is a successful researcher who has dedicated his life in finding additional value in the various food products. Last year, he found out that when you microwave lemon particles you would have more antioxidants. The same year he discovered that microwaving macadamia’s skin further enhanced the availability of the nut’s compounds. In that case, when he says that microwaving tea is more beneficial than using the traditional kettles, we think he has a point based from real research.

How should you microwave your tea?

To avoid complications, you should not microwave your tea in plastic containers. Doing this might cause them to melt under the hot temperatures thereby becoming hazardous to your health.