Smarter Reviews Shares the Story of a Confident Young Woman 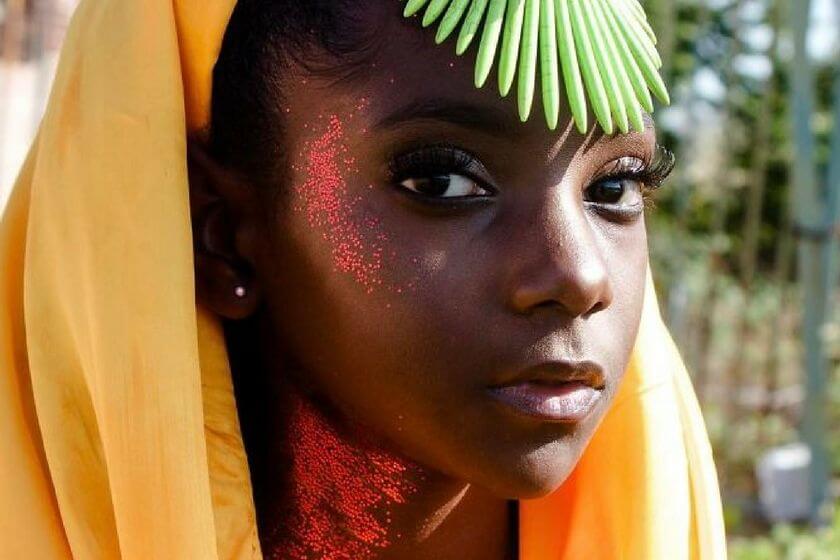 While it is good to be different, it does attract some hostility from people who clearly and simply do not understand. This is the experience of Kheris Rogers, a 10-year-old girl who has put up with constant comments from her peers about her skin color.

As one would expect, the bullying has had an impact on Kheris's self esteem. Her mother has seen the effect that it is having on her child and quickly decided to move her to a different school. The school she was going to only had four black students. 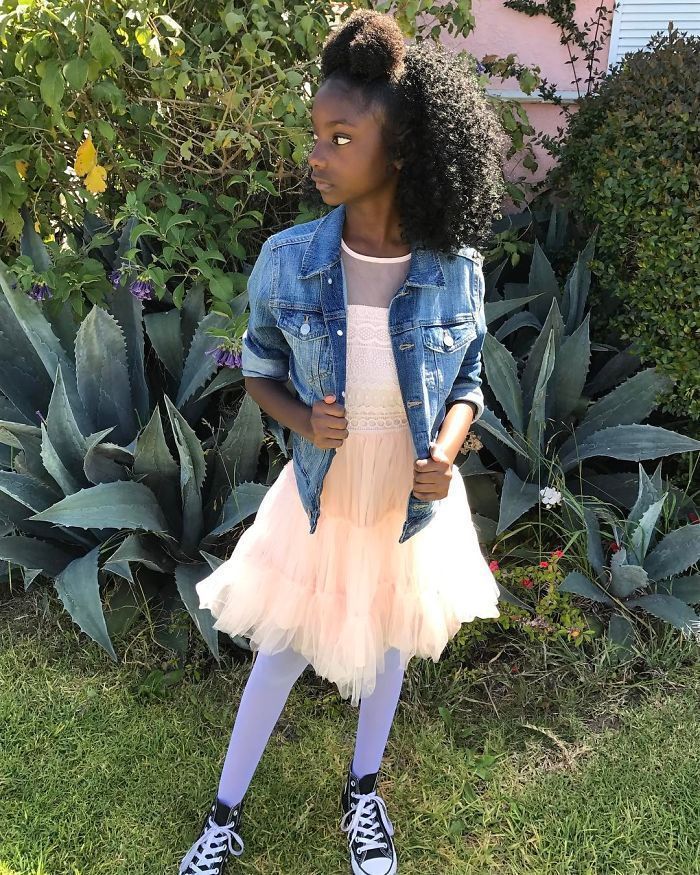 After the move to a different school, the bullying sadly continued. This time, the attacks were carried out by other black students. The comments that were made towards her were still about her skin tone. This reaction was even more alarming.

Kheris recalls an incident in class when her teacher asked her students to draw a portrait of themselves. When she gave out crayons, they had given Kheris a black crayon to use for her portrait. This treatment upset her in a very profound way.

Fortunately, Kheris had a support system in which she could talk to about the problems she went through. Not all victims of bullying have a support system that they can easily go to. So, in many cases, they may have an even harder time coping with the endless remarks. In some instances, the victims suffer in silence because they simply don't know where to turn. This can be a terrible problem to deal with. 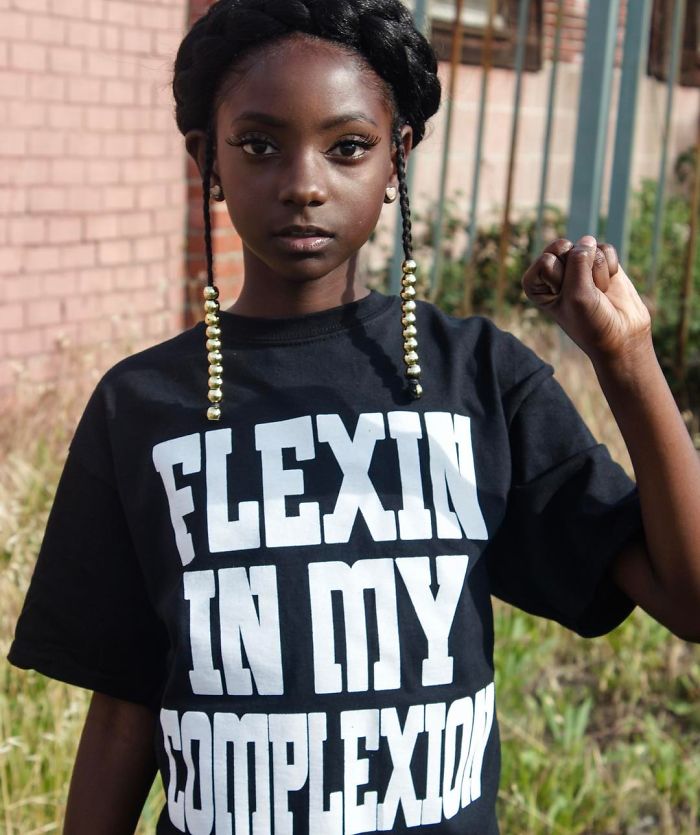 Fortunately with Kheris, she had that support. She also has family members that are willing to stand up and fight alongside her, in order to bring her the self esteem and the positive self image she needs so that she can live both happily and productively.

Her older sister, Taylor Pollard has not only given her extra support, but took some amazing photos of her and posted them online. They have since all gone viral which has given Kheris affirmation that she is not alone in the world of needless bullying.

Eventually, Kheris realized that she is not the only one that is going through this. She understood that this was a global issue and that people all over the world are being bullied for different unjust reasons. To take action, she soon decided to put together a movement that addresses this problem and hopefully provides victims a solution. 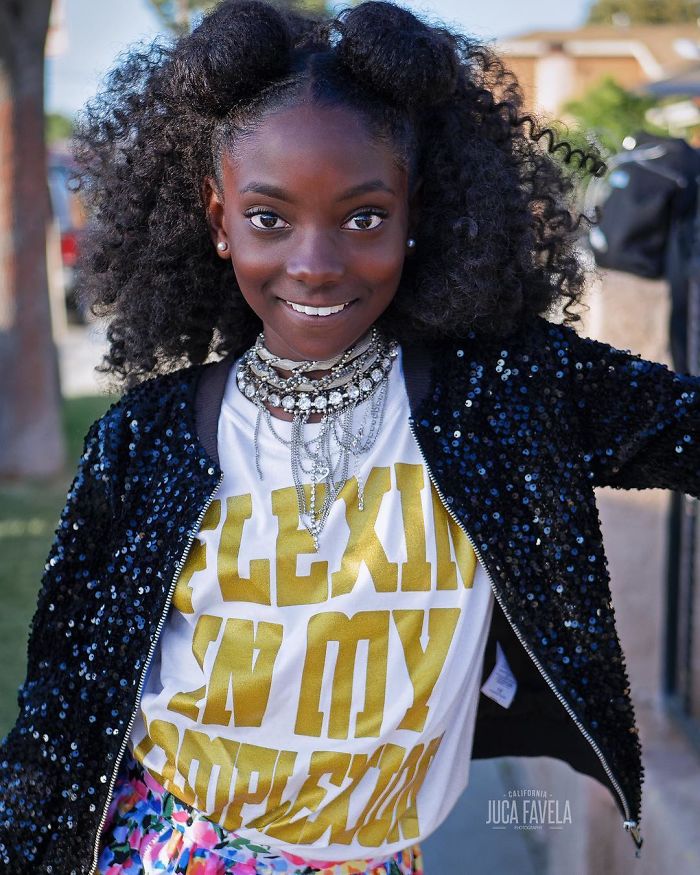 Kheris decided to use fashion as a means to spread the message of self acceptance. One good thing about fashion is that it is being seen as a means of self expression. People are dressing the way they want to dress to show people who they truly are.

The approach that Kheris is taking is to inspire others of similar skin tones to be proud of what they were born with and feel comfortable in their natural skin. One thing that she wants them to understand is that their skin tone is not some disease.

People are born of all shapes, sizes and colors. Most dark-skinned women can be beautiful. Kheris has started a clothing line called "Flexin In My Complexion". She started the line in April to a warm and positive reception. And in no time at all, the clothing line took off quickly because of the message being embraces by her fans. 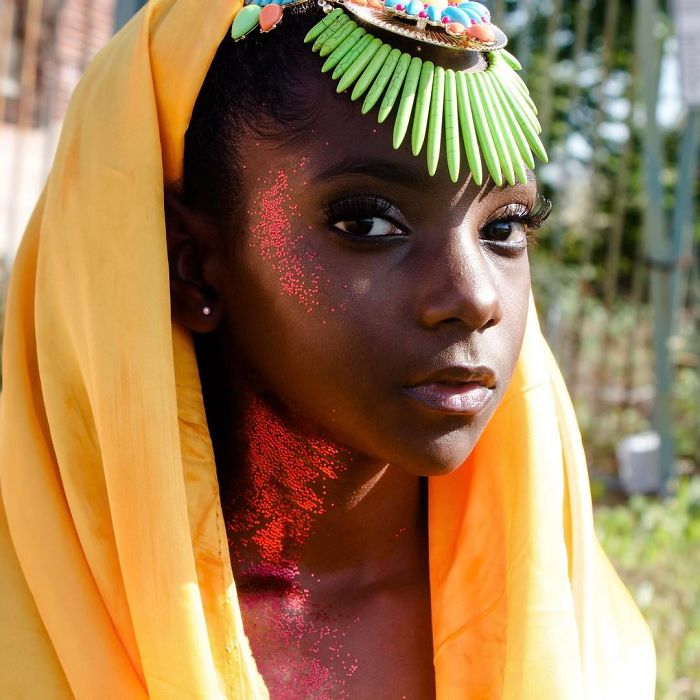 One thing that helped her clothing line was the brand of marketing that has taken place. The customers have decided to share images of them wearing the t-shirts from the line as part of its marketing strategy. This promotes an idea of solidarity.

Such a campaign is one of the best ways to send a message of self acceptance as well as acceptance of others on a massive scale to your customer and fan base. It is a good message for Kheris because she feels confident when she wears her clothes.

Right off the bat, it takes away the effect that other people's comments have on her. This is one of the elements that builds true confidence. When people stop caring about the hostility they receives from others, they can say that they're confident. 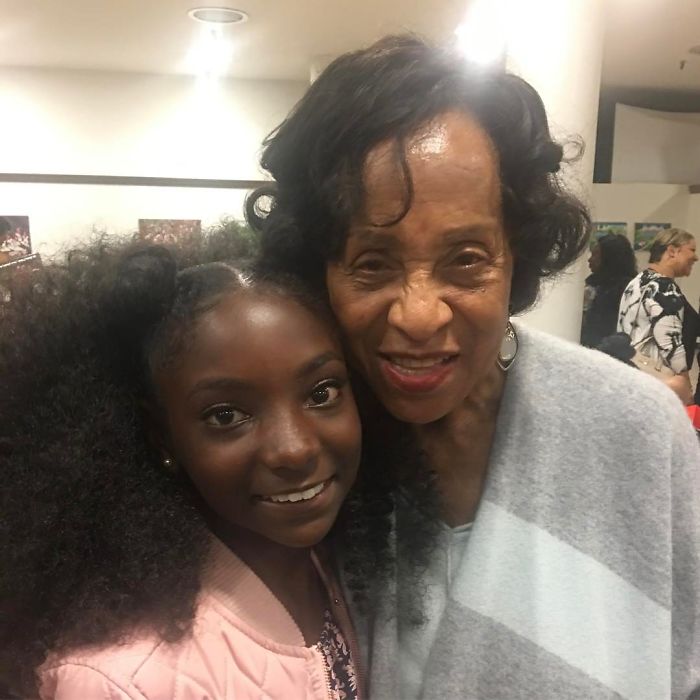 These days, Kheris and her family have been selling her products in regular t-shirt designs and sizes. However, they are planning on extending their lines to include crop tops and other forms of fashion as planning and manufacturing roll out.

They are going to be thinking about tons of different cuts and styles so that people can own a variety of flattering outfits that will truly boost and increase their sense of confidence. People not only look beautiful but feel better about themselves as well.

Kheris's message also shows others that just because someone is bullied does not mean that person is ugly or somehow lacking in value. Kheris herself is someone who many people could admire. She has not only successfully started a business but has also become a hero to plenty of other people who are faced with similar issues in their lives. One thing that she has learned is this acceptance of others. 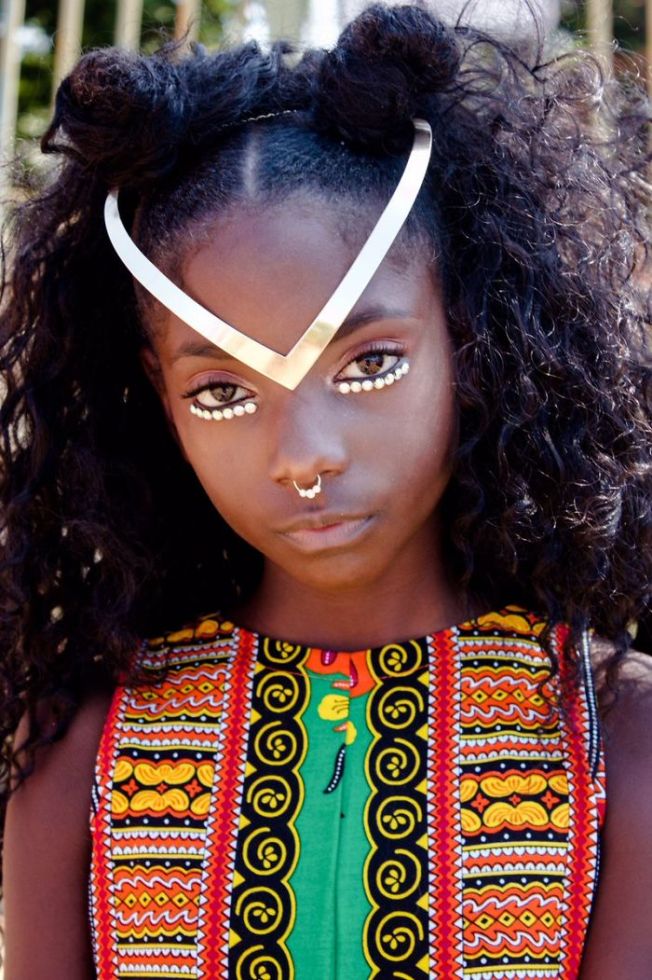 One thing to be said about bullying is that it is a universal issue. Anyone can be bullied for any reason, at any time. People have been bullied because they were short, tall, fat, thin, light-skinned, dark-skinned, and for many other awful reasons.

One of the major factors of bullying is that the person is just different. One of the best ways to deal with bullying is to promote diversity. When people are diverse, there are enough differences among them that the bullying may be reduced.

Kheris has shown that it is not a bad thing whatsoever to be different. Everyone is different, so there's really no escaping it. Embracing our uniqueness has proven to be much more meaningful. At the same time, accept other people's differences.

When you look in the mirror, whether clothed in some of Kheris's latest fashion items, or just having an introspective moment, you can tap into the understanding that bully victims like Kheris embody, and truly feel good about who's looking back. 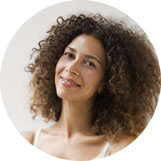 As a former hair stylist with over 15 years of experience, Tanya knows hair and has tried thousands of products on all different hair types. She's passionate about educating consumers in making wise purchase decisions for long term hair health.