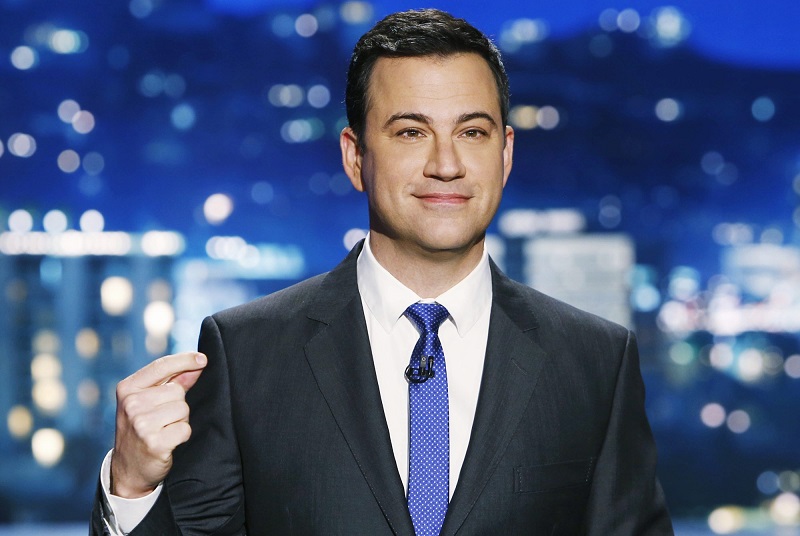 The usual cheery and comical nature of Monday night’s Jimmy Kimmel Live was oddly replaced with a somber air after a teary 13-minute monologue from the show’s host.

Kimmel spent that time pouring his heart out as he shared the story of the birth of his second son, Billy. It was quite the revelation to hear.

It’s difficult to imagine a baby’s birth as a time of difficulty, but many parents and children go through nightmarish situations of unforeseen medical emergencies right after delivery.

This is exactly what Kimmel and his family went through. While he choked back tears as he spoke, Kimmel told his audience how his son was born with a serious heart defect that required immediate intervention just hours after he was born.

Kimmel said that everything about the delivery was normal and easy. His wife, Molly McNearney, spared six pushes before Billy came out.

When compared to other delivery times, this is roughly below average and is typical of second deliveries and thereafter.

With everything being normal, the family welcomed the baby boy in one of Cedars-Sinai Hospital’s neonatal recovery rooms, where Billy met his older sister Jane for the first time.

It was during this recovery time when one of Billy’s nurses noticed a change in the color of Billy’s skin. It is usually not a good thing when a baby’s skin turns purplish in color, and this is what prompted the nurse to do a follow-up check on Billy.

A heart murmur was discovered, which is not unusual for newborn babies.

Regardless, tests are typically done to make sure everything else checks out, as was done with Kimmel’s new baby.

However, the baby’s tests came back with terrifying results. The tests showed that Billy was not receiving sufficient oxygen into his blood.

The next step was to rule out the cause of the problem. Once the X-ray cleared his lungs to be normal, it became very clear that the issue was in Billy’s little heart.

At this point, Kimmel mentioned in his monologue how the room just immediately bustled with doctors, nurses, and various machines.

His wife was still in recovery herself, and Kimmel found himself terrified at what was transpiring—all without his wife’s knowledge. Everyone was trying to figure out what was going on, but no one knew what was happening with Kimmel’s newborn baby.

A sonogram finally revealed the culprit: a heart condition that caused a lack of oxygen in the blood. It was called tetralogy of Fallot with pulmonary atresia.

It sounds intimidating and rightfully so. There was a hole in Billy’s heart situated between the right and left ventricles of the heart.

The ventricles are considered to be the heart’s pumping chambers, the ones that pump oxygenated blood to the lungs and the rest of the body.

Also, Billy’s heart defect essentially left him without a pulmonary valve. The function of the pulmonary valve is to move blood from the heart to the lungs, an important function that if interrupted, can cause a lack of oxygen like Billy was experiencing.

The Solution To Solve It

Fortunately, these holes can be repaired and a valve created to solve the emergent problem with Billy’s heart.

The surgery was as successful as it could ever be. When Jimmy shared photos of his son in recovery, it showed Billy hooked up to monitors and various IVs.

Billy will have to undergo another surgery once he is 3 to 6 months old to repair the other holes in his heart.

In the more distant future, he will also have to undergo another procedure to replace the pulmonary valve. This is likely to happen in his teen years.

There’s no telling whether he will need any other surgeries other than these, but only time will tell. It's not the most comforting reality to grasp onto.

While Jimmy Kimmel slowly tried to lighten up the mood back on his show with jokes about the situation, the sad reality of Billy’s condition remained still in the air.

There is hope, though, even for the littlest ones suffering major cardiovascular defects so early in life.

Specifically for Billy’s case with tetralogy of Fallot with pulmonary atresia, the chances of having a healthy normal life is good.

Long-term outcomes vary from case to case depending on the body’s condition. Patients with this type of heart defect also tend to have undersized distal pulmonary arteries.

These arteries are also responsible for distributing blood to the lungs. Long-term outcomes will be better if these arteries branch out to their normal size or even remotely close to it.

Otherwise, long-term outcomes might not be as promising. The most severe cases will have a short life expectancy of up to 30 to 40 years old.

Many people showed their support for the Kimmel family, and Jimmy thanked all the doctors, nurses, and the many other medical personnel in the hospitals that treated his son.

He also thanked his family, friends, and staff for being supportive during this difficult time.

Donations poured in to the Children’s Hospital Los Angeles in light of what happened to Billy, and Jimmy wholeheartedly thanked everyone who offered help.

He talked about the difficulties people with pre-existing conditions such as his son would have when it came to obtaining health insurance.

He encouraged everyone to be more involved with health care laws and to hold elected officials accountable for any decisions.

In the end, the story is a happy one, because through love and support, little Billy has every chance to live a normal, happy, productive life, and we all hope he does.