Can You Really Die From a Broken Heart?

Smarter Reviews Looks at What Broken Hearts Can Really Lead To 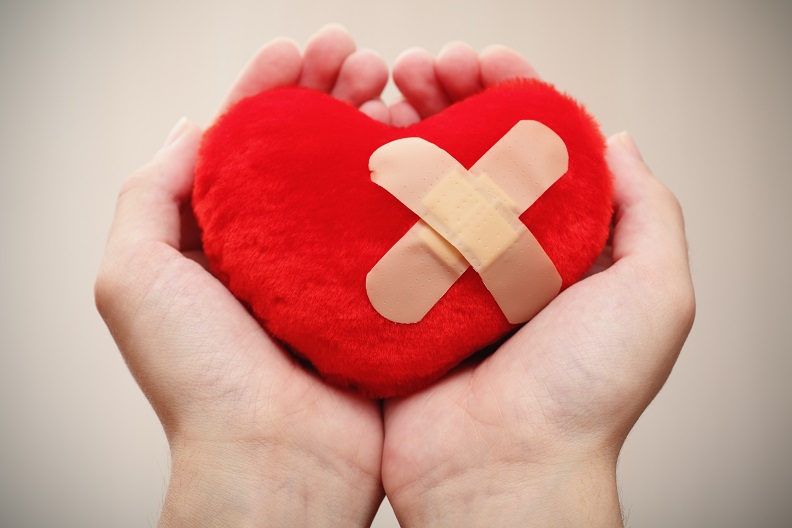 Most of us have suffered from a broken heart. In fact, some of us even felt as if we’d die from it, but could this really happen? Can you actually die from a broken heart or is this nothing more than sentimental, romantic nonsense? We wanted to find out.

According to science, “broken heart syndrome” is a real, yet generally temporary health problem that is brought on by stress. Fortunately, death is rare, though it is certainly a possibility. If stress levels rise high enough, cardiac arrest could occur.

The actual name for “broken heart syndrome” is Takotsubo cardiomyopathy, though you may also see it referred to as acute stress-induced cardiomyopathy or apical ballooning syndrome. Here’s everything you need to know about this rare condition that often goes unrecognized in the United States, mostly because sufferers recover rapidly and without any long-term damage to their cardiovascular systems.1

What is “Broken Heart Syndrome” and What Causes It?

In some cases, the bottom chamber may stop pumping completely, forcing the top chambers to pump harder and blow up like a balloon. In extreme (and rare) cases, the body may be unable to cope with the pumping changes, leading to fluid entering the lungs and dangerous changes in blood pressure.

Possible risk factors, or potential causes of Takotsubo cardiomyopathy, include:

● An event that causes major emotional stress, including the unexpected death of a loved one or pet, the end of a relationship, or receiving bad news, such as being diagnosed with a terminal illness.

● Enduring severe physical and/ or emotional pain, such as being the victim of domestic violence, car accident injuries, or undergoing major surgery.

● Finding yourself in a situation that causes intense fear, anger, or surprise.

● Having a severe asthma attack or respiratory episode.

● Taking certain oral medications, such as Cymbalta, Effexor XR, or Synthroid (This is extremely rare, but is still a possibility.)

● Receiving a shot of epinephrine to treat a severe allergic reaction (Again, this is highly unusual but within the realm of reason.)

It is worth noting that more than 90% of people who suffer from Takotsubo cardiomyopathy are women between the ages of 58 and 75.1

It is not unusual for someone suffering from Takotsubo syndrome to describe symptoms that are extremely similar to a heart attack. They may include:

● Irregular heartbeat (Typically, it will speed up, and that's a sign.)

● Nausea, which may or may not be accompanied by vomiting

● Difficulty breathing/swallowing, or a persistent shortness of breath

● Breaking out in a cold sweat (or even a hot sweat, if related)

● In some cases, fainting or loss of consciousness

As a result of the symptoms mimicking those that are often experienced with a heart attack, sufferers frequently go to the emergency room for assistance.

Doctors will be able to rule out a heart attack after performing a battery of tests, including blood work, an EKG, and a MRI. While they may see EKG changes that are similar to those with a heart attack, there will be no evidence of any coronary artery obstruction.

Additionally, when viewed, the heart will typically have an abnormal, unique shape that is comparable to a Japanese fisherman’s octopus pot, known as Takotsubo.

This, obviously, is where the condition got its name.

Actually, once a heart attack has been ruled out, there is no real treatment for Takotsubo syndrome. In some cases, your doctor may prescribe medications to reduce your heart’s workload and prevent future attacks. In other cases, the doctor may simply wait for the condition to resolve on its own. Usually, the condition will completely go away within one or two months. Rarely are there any lasting effects.

As with any sudden onset of a condition, however, there are no real guarantees.

Essentially, although you may feel like you are going to die from a broken heart, it is not likely. While it may not feel like it at the time, the pain will eventually go away and be nothing but a distant memory, much like Takotsubo syndrome itself.

If you give it time, the circumstances should pass, and life can return to normal.